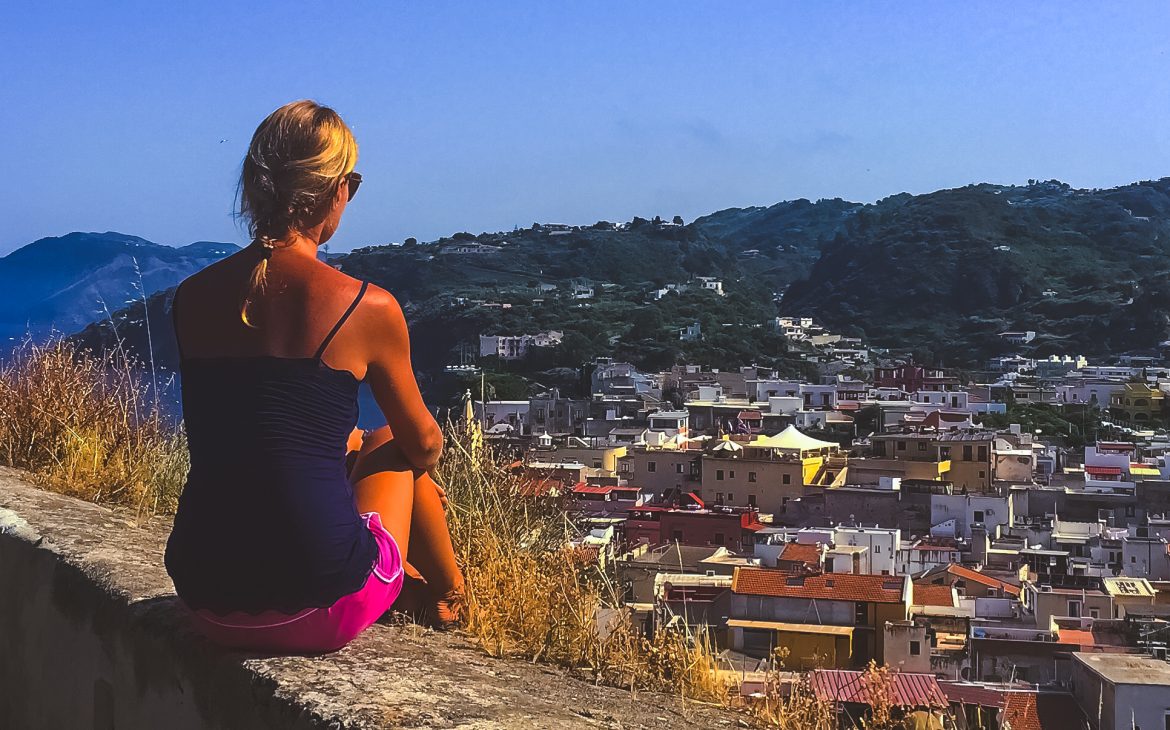 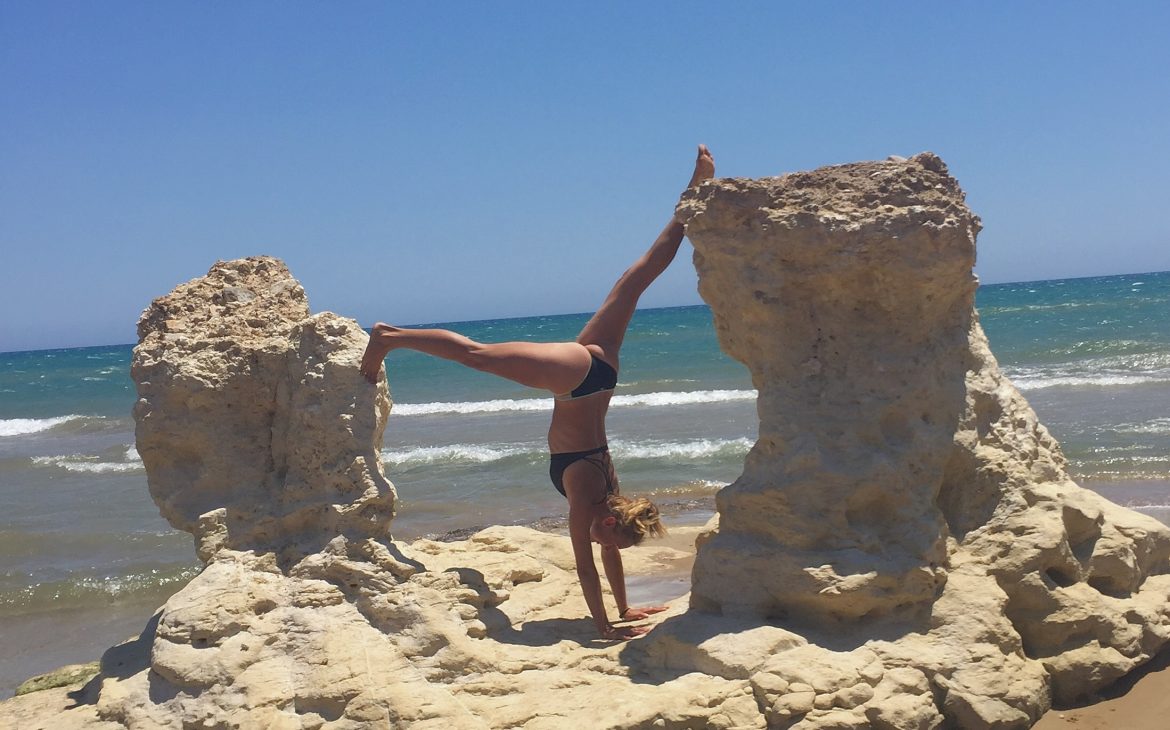 My flight from Budapest to Cagliari went well, except for me trying to test out a perfume bottle in the duty free shop and spraying my eyes and mouth instead of my neck. Not only did it burn my eyes for the next 20 minutes but it gave me a terribly sweet taste in my mouth. Always an adventure.

Stop over in Rome sucked. No WIFI. Shopping was terrible considering where I was and there wasn’t really a place to sit and have a nice meal. I love Italy. Even when you get a yelled at and shown many hand gestures you can only imagine what they mean. We were in Tuscany on a girl’s trip and the waitress at a restaurant had a fit, yelling at me, seriously loosing her mind when I asked if Nutella was Italian.

Well that’s something I will never forget. And for those who don’t know, yes it is. 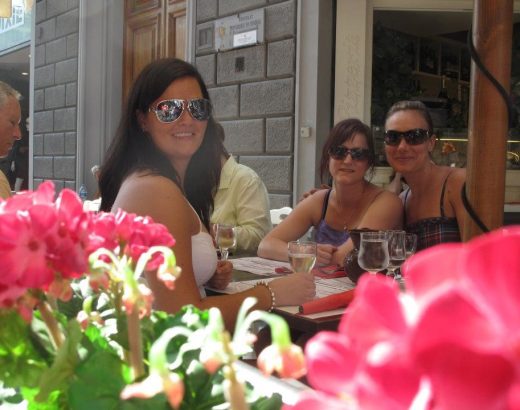 I arrived and took a bus to the city, then couldn’t find my way around so decided to take a taxi that cost me the same amount as if I would have taken it from the airport. I arrived at my B&B, which appeared to be a tall residential building. Luckily a tenant was at the gate. The B&B was on the 4thfloor and the lady in charge of it, Maria, who was stunning by the way, did not speak a lick of English, and my Italian was non-existent.

The first day, I spent trying to get to Poetto beach. A bit difficult when no one speaks English, and well I am not the best at reading maps. After getting lost a few times, which is totally expected, I made it. Walked down to the beach in excitement only to find that the ocean was calmer then a frozen lake. The only waves I was going to surf were the waves of thoughts in my head. Disappointed since the main reason I came here was because of the surfing. Okay, I wasn’t planning on surfing big waves or even medium waves like in Portugal but I did expect some. I clearly did not do my research well. Any excuse to go to Italy.

The next day I woke up bright eyed and bushy tailed, got my stuff together and headed for the bus terminal. I arrived around 8:00am after having walked half an hour from my B&B only to realize that my bus doesn’t leave until 1130 am. Oh good, I thought, I really figured this one out.

I was on my way to Chia, pronounced Kia not Chia, as I very quickly learned from the locals. Love it how even thought many tourists come and go from Cagliari, the locals do not feel the need to learn English or French or German really. The tourist is expected to learn Italian. Which I have to admire them for, it just sucks how I can’t even pretend to speak it. Hence the reason it becomes the travellers problem, and not theirs.

I approached a man and asked what time the bus would return so I don’t end up spending the night on a beach nestled with flamingos, and he waved to me that he does not speak English. He then points to the lady beside him and says English. So I go to the lady he is pointing to and ask the same question. She looks at me and shakes her head, so I ask again and she shrugs her shoulders telling me that she does not have the faintest idea of what I am asking. And that is the level of English spoken in Sardinia. So I winged it, as with everything else.

I went to Chia beach, thankfully and accidentally getting off at the right stop. These roads would be a hard one to hitch hike on since cars don’t seem to be too familiar with it. As I got off the bus to look around, a man, my future holiday love affair, asked me if I spoke English. From that moment on, I knew I was not going to spend the next 6 days alone. His name was Chris. And yes, somehow he was German. Not only did I ask the universe for a holiday fling but I immediately accepted it and welcomed it with trust. That was the first day I truly realized what I was capable of. As we walked to the beach, I saw waves, big waves, at least 1.5-2m high, which was perfect for me, a beginner.

I could feel my eyes welling up with tears.  Ask and you shall receive.

Something I always say, to reinforce that I did in fact ask for it and did in fact receive it from the universe. I was beyond grateful. The vacation I had asked for was given to me.

My fling turned out to be a fun companion. No hearts were broken on my end due to his cheapness, which is one of my 2 main turn offs in a man. But we held hands and kissed now and again on the streets of Sardinia, giving us both a feeling of gratitude and a longing fulfilled. Two, lost souls finding each other and embracing life! We ate very well, drank wine to liven our taste buds, explored and laughed.

The week was a delight and full of surprises. Italy, Grazie for another wonderful memory.

Why is Yoga Nidra gaining so much popularity?

The World Of Coffee

Health benefits of Asparagus…cooked or raw?

This site uses Akismet to reduce spam. Learn how your comment data is processed.

I live a simple life, to my standards. I don’t need much but I crave knowledge and life experience.

This recipe came about unexpectedly, as
Dominican Republic

How To Fall In Love With Yourself At Natura Cabana

Finding balance and acceptance within oneself
Canada

What My Dog Taught ME…

For those of you who have